Richmond Hill has seen significant population growth since the 1990s. The city is home to the David Dunlap Observatory telescope, the largest in Canada.

The City was officially incorporated on June 18, 1872 as a village and the first Council Meeting was held on January 1, 1873 under the leadership of Abraham Law as Reeve. Richmond Hill developed because of its proximity to Toronto, as farmers came into City on their way to Toronto markets and people travelled up and down Yonge Street to and from communities further north.

Early in the twentieth century, several large greenhouse operations were built in Richmond Hill, while rose growing turned the City into the “rose capital” of Canada. In the 1920’s, village council adopted the motto of the Duke of Richmond, for whom the City may have been named. A local artist and carriage painter, William Ashford Wright, created a City crest that included elements of the Duke of Richmond’s coat of arms and roses.

Data from the recent census conducted by Statistics Canada indicated that Richmond Hill continues to be one of Canada’s fastest growing municipalities. The City’s population exceeded 200,000 in 2014. 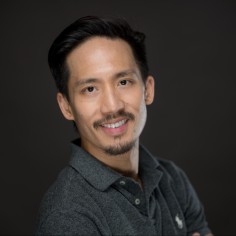